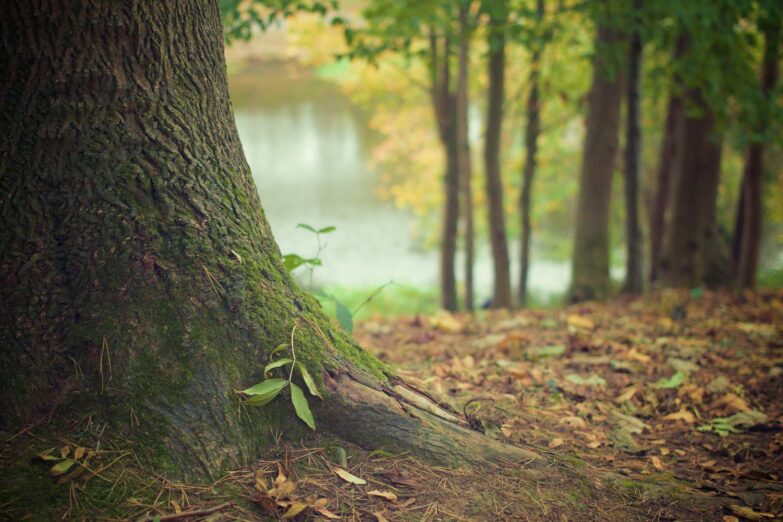 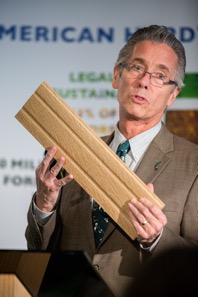 I started my work in the hardwood industry in 1988, selling hardwoods to small furniture, cabinet, flooring, and furniture makers.  In 1996 I began a 22-year career with a fine hardwood sawmill company, The Frank Miller Lumber Company.  I sold truckloads of their beautiful quartersawn hardwoods to distributors across the US and Canada as well as some of the highest end direct mill buyers for cabinet, flooring, millwork, and furniture manufacturers.  The last 10 years of my time with them, I was set out on a mission to create demand for American hardwoods by educating the design community about the benefits of designing built environments with sustainable, beautiful hardwoods.  This mission was fully funded by The Frank Miller Lumber Company for a decade.  I traveled across the country talking to architecture firms of various sizes, from a 2-person firm to firms employing thousands of architects and designers around the world.  I lectured to university level architecture students and High School students.  I worked on several major projects around the world, all emanating from New York, San Francisco, Seattle, Chicago, and Washington DC.  These projects wound up using American hardwoods and the result was that demand for American hardwoods, especially quartersawn, increased significantly.

Concurrent with my work for Frank Miller Lumber, I was invited to give my talks around the world under the aegis of the American Hardwood Export Council.  I was truly honored to represent the industry and all the people our industry employs as I talked to both large and small audiences in the Middle East, India, Southeast Asia, Australia, and New Zealand.  I was honored to represent the United States, recognizing my role as a goodwill ambassador for the entire American hardwood industry.

I decided in 2018 to separate from The Frank Miller Lumber Company, while I had the momentum and energy to keep my outreach efforts moving forward. They had taken on the financial burden of my work promoting not just the quartersawn hardwood sector, but the entire hardwood industry.  It was the right time to see if the industry would take on that burden and allow me to represent them to the design community here in the United States.  I wanted to follow the AHEC model, talking to designers, architects and students, a program that has driven the sale of hundreds of millions of board feet of American hardwoods overseas.

In 2018 I co-founded, along with my colleagues at ruef Design in Dayton, Ohio, the Timber & Forestry Foundation as a vehicle for this effort.  Our goal was to attract content sponsors who would fund our mission of inspiring the use of American hardwoods where such inspiration did not previously exist.

It has been a struggle to enlist the support of the entire industry, but we have worked with a few companies who see the value of this type of domestic design community outreach.  These companies are the true leaders of the industry, willing to invest in producing content that promotes the whole industry, not just their company.  One such company is Banks Hardwoods.  Steve Banks and his management team recently collaborated with The Timber & Forestry Foundation to create this video to help people to understand how an American hardwood sawmill works.  We are proud to say that it has been viewed more than 330,000 times.  We need more companies like Banks Hardwoods to help us to tell the wonderful story of American hardwoods.  Is your company an industry thought leader like Banks Hardwoods?  There is a famous aphorism saying that “a rising tide lifts all boats”.  Steve Banks didn’t work with us to simply promote his company, but rather to promote all hardwood companies.

Consider working with us to produce similar promotional content on your behalf, demonstrating your role as thought leaders for the industry.  We have a great message, and we need to tell it to as many designers and architects as possible.  Join us in this much needed effort by becoming a sponsor.